There is also an Android app version of this game that is available for free from the Google app store.

The app is very similar to this web version and uses the same content sets. However, it is set up to be more repetitive and in some ways more condusive to learning.

There isn't a version for Apple as that would require a whole new code base which is too much of a hassle to make. Also, to develop for Apple, you need to have an Apple device. Originally the plan was to make an Apple version if the app were to become successful, but as it didn't really get that many downloads it didn't really seem worthwhile.

The main difference between the online version and the app version is that the app version varies the number of characters that are presented at any one time. Intially it starts off with just showing one or two characters and then slowly builds up to show 9 or so. While doing this, the characters that show are continually being repeated so as to give spaced repetition on the items. 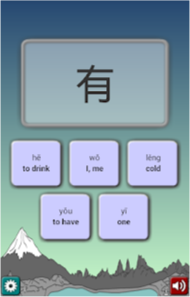 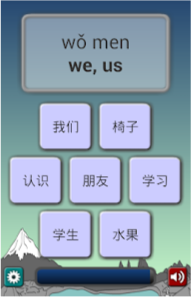 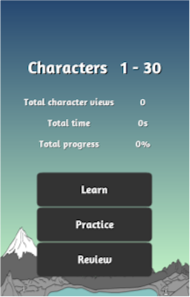 As with the online version, it is possible ot change the type of text that is displayed. You can show the character as the target, or the English or pinyin. Then for the options you can choose the same.

However, there is also a learn mode in the app version. With this, you view the items in a way that you would view flash cards. You see the characters and then just click next to view subsequent items.

Chinese In Flow | Owen Dwyer | Content made with CreateJS